The Joys of Game Design

You're unlikely to ever make money from game design, but there's a lot to enjoy.

The coupon code you entered is expired or invalid, but the course is still available!

My favorite game is the game of designing games. You're unlikely to ever make money from game design, but there's a lot to enjoy. This class discusses that side of design as a briefer companion to my "Brief Introduction to Game Design," which discusses the difficulties of making money, let alone making a living. Some of the "lectures" here are from the Brief Introduction. 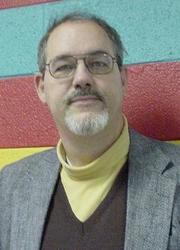 Dr. Lewis Pulsipher (Wikipedia: "Lewis Pulsipher"; "Britannia (board game)"; "Archomental" ) is the designer of half a dozen commercially published boardgames. His game "Britannia" is described in an Armchair General review "as one of the great titles in the world of games." Britannia was also one of the 100 games highlighted in the book "Hobby Games: the 100 Best". He has over 17,000 classroom hours of teaching experience including teaching video game design and production, and over 20 years of part-time graduate teaching experience.

His book "Game Design: How to Create Video and Tabletop Games, Start to Finish" (McFarland) focuses on practical advice for beginning game designers, about how you actually create and complete game designs. Three more books about game design are in progress. He also contributed to the books "Tabletop: Analog Game Design," "Hobby Games: the 100 Best," "Family Games: the 100 Best." His game design blog has been active since 2004, and he is a contributor and "expert blogger" on Gamasutra.com, the #1 site for professional video game developers.

His latest published game is the 2011 reissue with additions of "Dragon Rage," originally published in 1982. Three new versions of Britannia, including a 90-120 minute version and a diceless version, are forthcoming

Lew has a Ph.D. in military and diplomatic history from Duke University, from ancient days when degrees in media, computer networking, or game design did not exist--nor did IBM PCs. In 2012 he was a speaker at the East Coast Game Conference, PrezCon, Origins Game Fair, and World Boardgaming Championships. Long ago he was contributing editor for White Dwarf and Dragon magazines, and publisher of various game fanzines.

"Always do right--this will gratify some and astonish the rest." --Mark Twain

When does the course start and finish?
The course starts now and never ends! It is a completely self-paced online course - you decide when you start and when you finish.
How long do I have access to the course?
How does lifetime access sound? After purchase, you have unlimited access to this course for as long as you like - across any and all devices you own.
What if I am unhappy with the course?
We would never want you to be unhappy! If you are unsatisfied with your purchase, contact us in the first 30 days and we will give you a full refund.
off original price!

The coupon code you entered is expired or invalid, but the course is still available!